Today's segment of Quarantine Throwbacks has us unearthing a Sonam Kapoor look from 2012. The outfit in question is a peach coloured pre-draped saree by Anamika Khanna which she wore to the designer's Delhi Couture Show in 2012. It is worth noting that this look is still very relevant as pre-draped sarees have been brought back to the fore by an array of designers who have shown one collection after another reveling in the beauty of this silhouette. 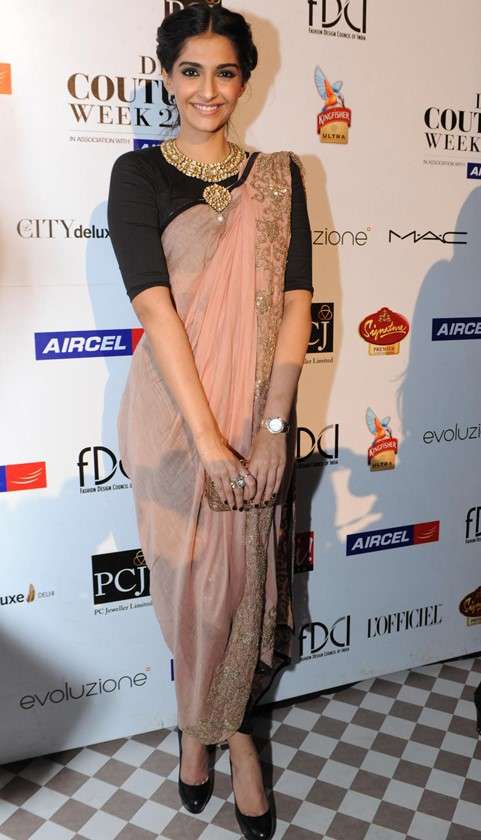 This look belongs to a time when the actor was just establishing her position as a bona fide fashionista. Would today's Sonam have furloughed black and chosen a beige or a white blouse to go underneath the saree? Perhaps. But, back then, the actor was still experimenting with her style narrative, trying to make fusion silhouettes a big part of her overall design sensibilities. It is commendable to note that Anamika Khanna was creating, and Sonam was sporting an outfit which was way ahead of its time. Today, we may see a bevy of pant-style sarees, but back in 2012 when stars wouldn't want to experiment much, the designer-muse duo was busy shaking things out of predictability, which makes this peach saree tad iconic. 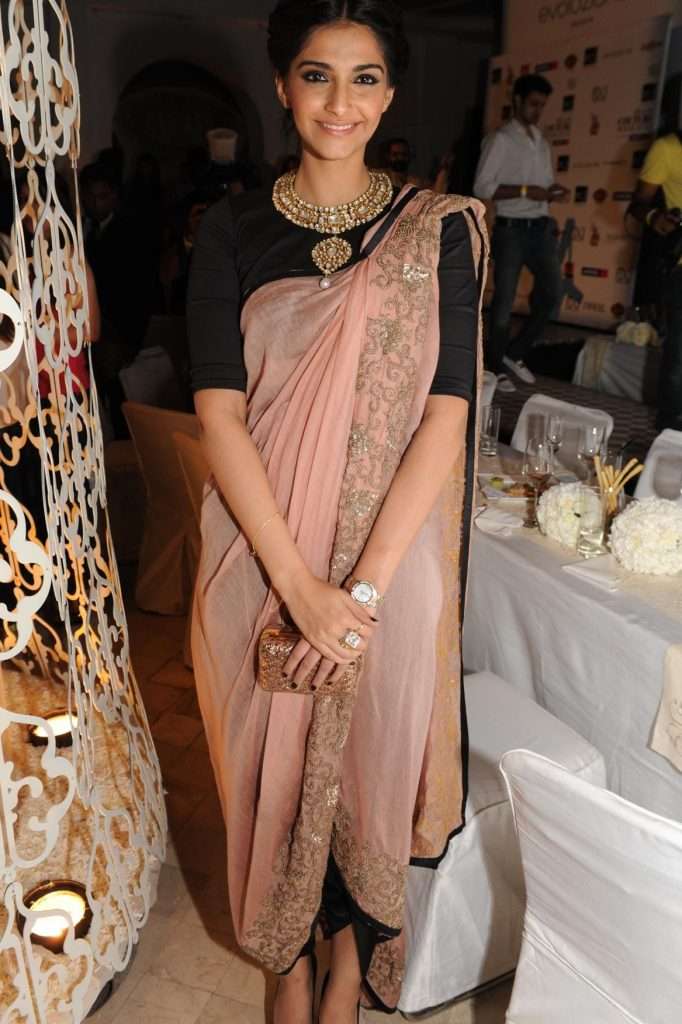 We like how she has chosen a kundan necklace and worn it sans earrings. Her hair in a chic updo with barely-there makeup with the exception of beautiful kohl-laden eyes also works wonders for overall look. 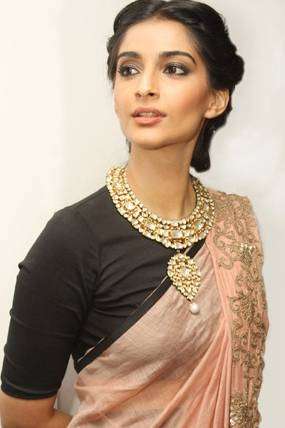 Fast forward to 2019, Sonam is an advocate for modern sarees and more confident in her avant garde sartorial choices. Case in point, her look from a Diwali party to which she wore a pre-draped white saree-sharara set with a jacket by.... no points for guessing... Anamika Khanna. More than the stunning outfit itself, it was Sonam's unabashed use of accessories that makes this look truly remarkable. This is precisely what fashion enthusiasts mean when they say, 'style evolution'. 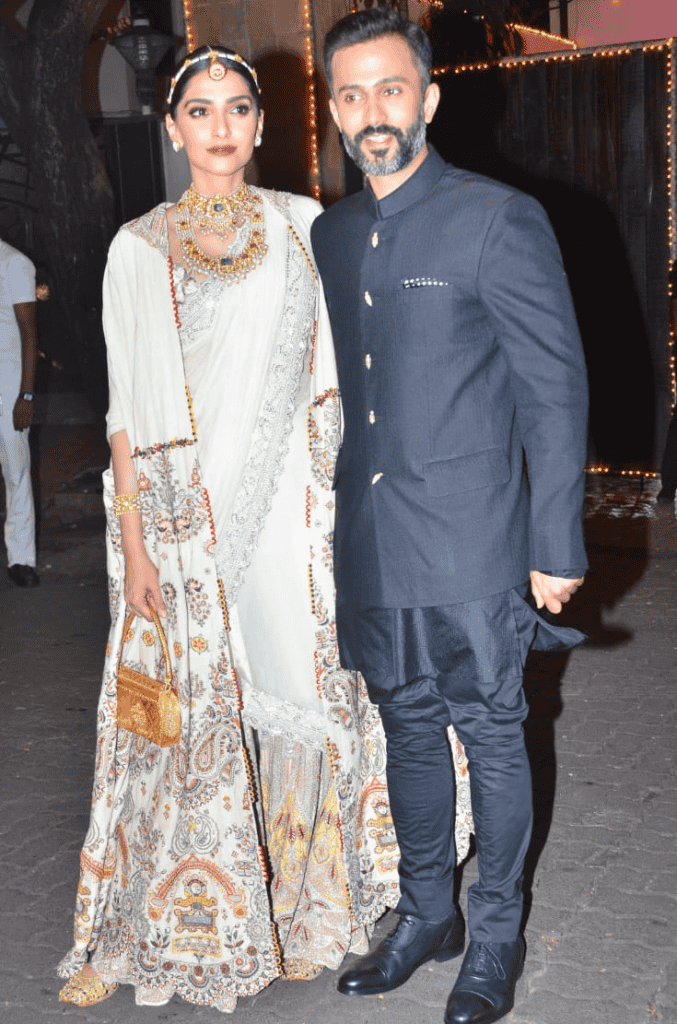 Did you love these Sonam Kapoor - Anamika Khanna looks? Let us know in the comments below. 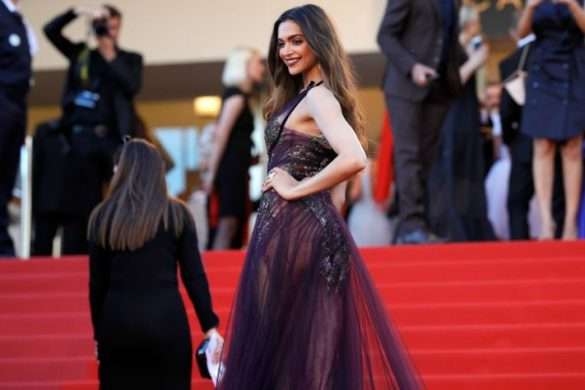 The fall colours you should fall back on! 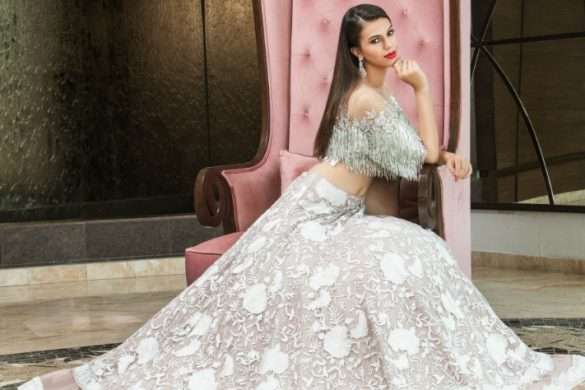 3 legit reasons that prove Manish Malhotra is a dream designer 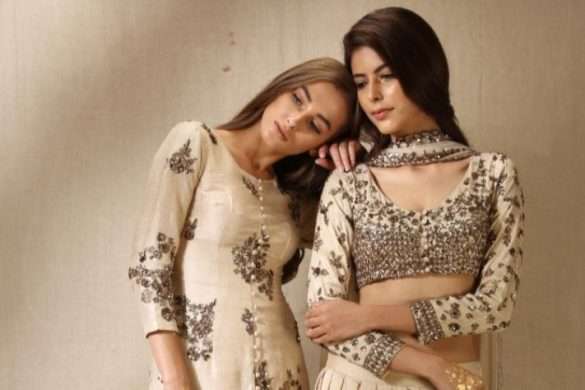 6 reasons that prove white is your go-to colour 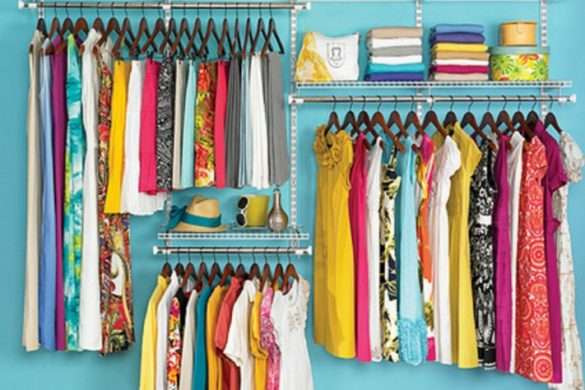 How To Add Colour To Your Wardrobe Essentials This Gloomy Monsoon 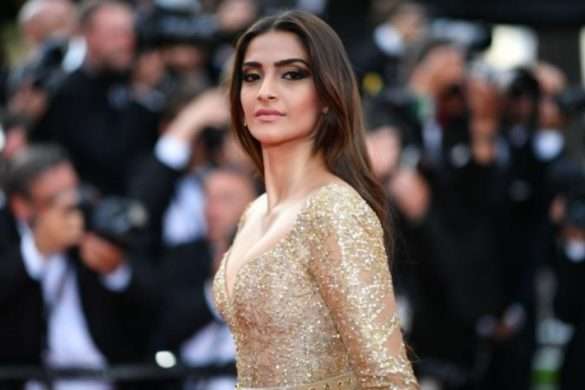 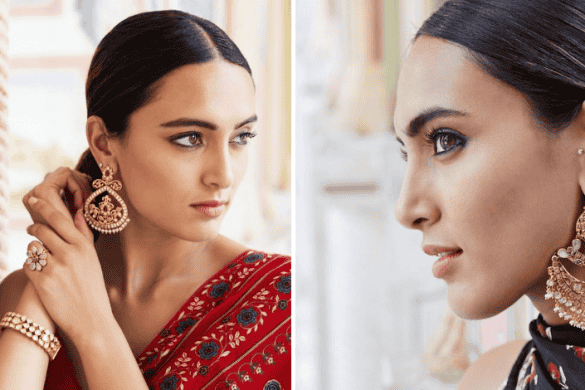 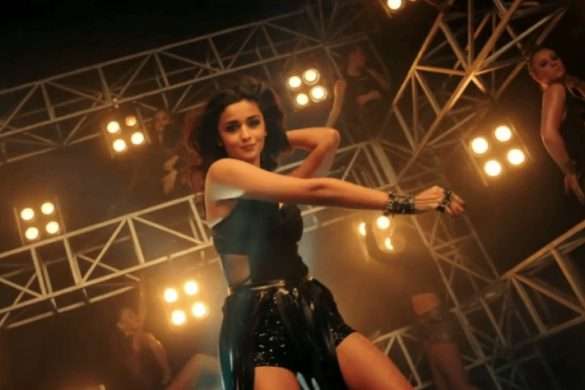 Your Guide To Wearing The Must-Have Party Dresses Of 2017 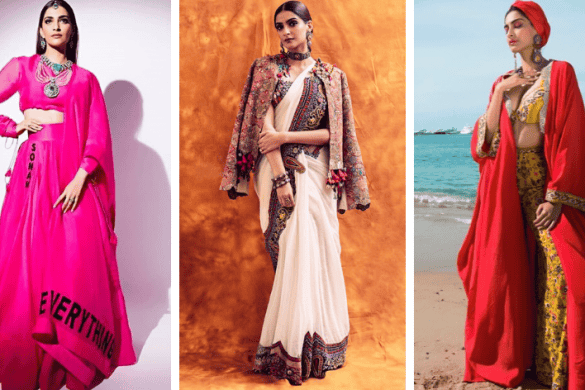 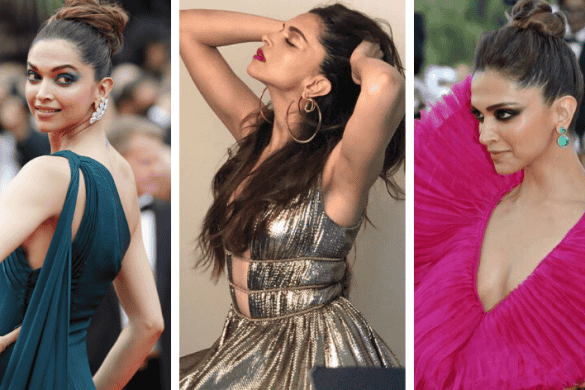 Revisiting All of Deepika’s Chic Earrings Spotted in Cannes 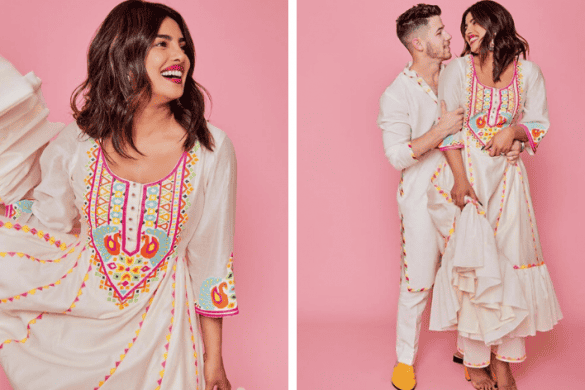