All The 90s Bollywood Trends We Spotted In Four More Shots Please!

Having been in a lockdown for over seven weeks to fight the spread of the novel coronavirus, we have resorted to the culture of binge-watching OTT shows to keep ourselves occupied. Lucky for us, the patience game is still going strong. Amongst others, the one show that we have abolutely loved watching is Four More Shots Please! For those who haven't watched the webseries yet, it  revolves around the lives of four free-spirited women in Mumbai and depicts a unique take on female friendships - which basically means, you should watch it, STAT!

Besides the relatable moments and power-packed performances, the other thing that makes Four More Shots Please! iconic is the luxe-modern clothes we've spotted throughout, thanks to the show's stylist, Astha Sharma. All the printed dresses, crop tops, and the stunning accessories were a visual treat for our sore eyes.

While on the surface it looks like any other glamorous show with a stylish wardrobe, upon a closer look, we noticed that the these outfits bore a resemblance to the 90's Bollywood trends with a fresher upgrade though.

What we're saying is, Four More Shots Please!  is basically the '90s all over again! Don't believe us? Take a look! 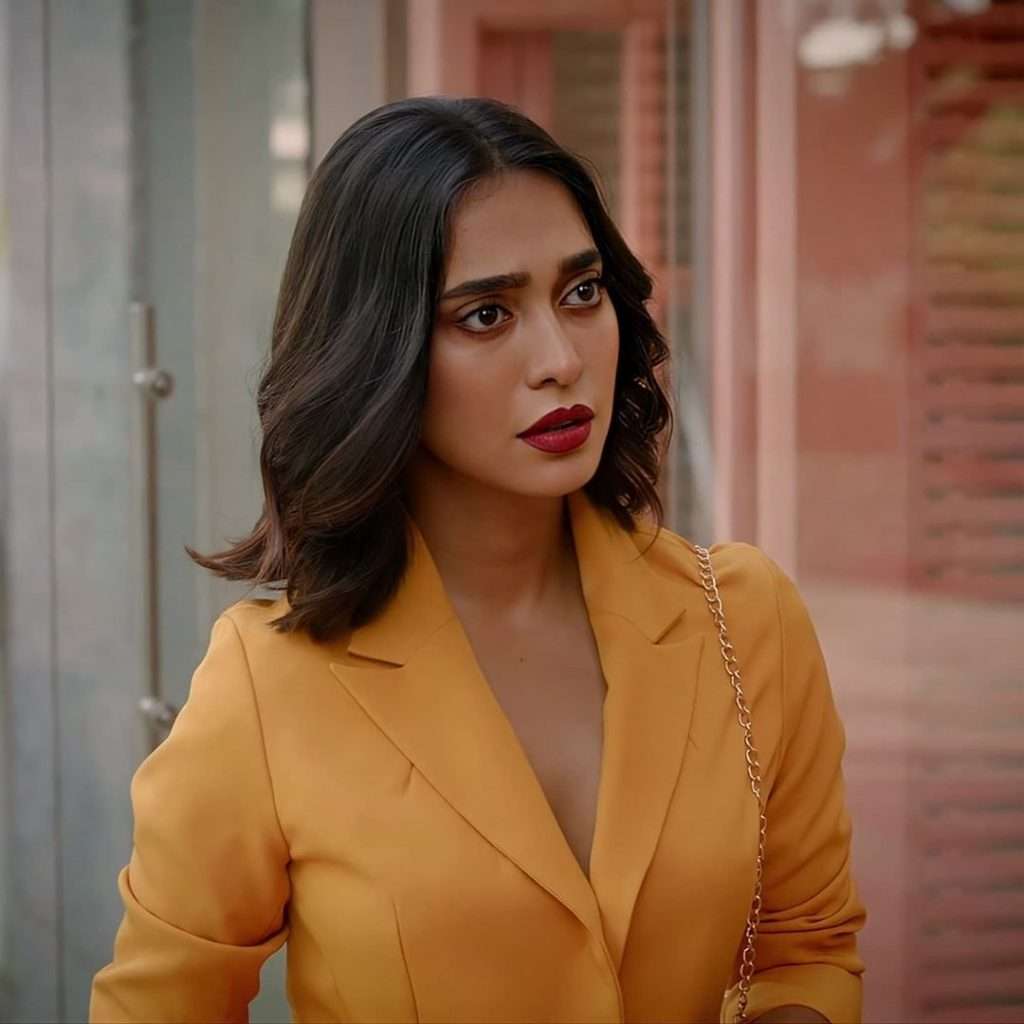 The four sassy women slay with fierce personalities and bold lips. Throughout the second season we see Kriti Kulhari, Sayani Gupta, and Maanvi Gagroo as glamorous, powerful women wearing bold lips in reds, pinks, and berry hues. especially, when they are about to make important decisions. This reminded us instantly of the deep brick reds, bright neon pinks, and shimmery cough-syrup maroons which were regularly sported by 90's actresses like Madhuri Dixit, Shilpa Shetty, and even Aishwarya Rai. 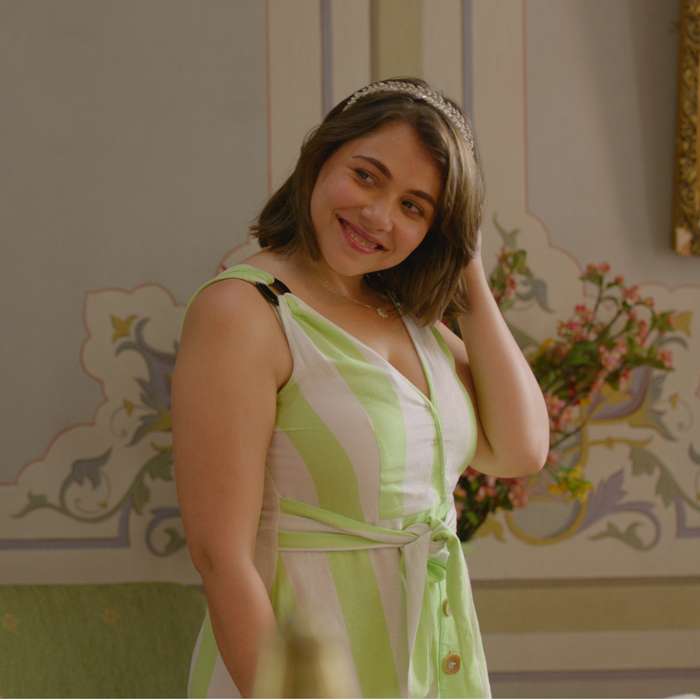 Remember Kajol's headbands from Kuch Kuch Hota hai? Or the lovely retro style kerchief hairbands Raveena Tandon and Karisma Kapoor flaunted? Siddhi Patel brought this '90s archetype back in vogue with her feminine and chic outfits which were styled with bold accessories and headbands. We don't know about you, but seeing Maanvi Gagroo in headbands like these made us want to flaunt this trend all over again! 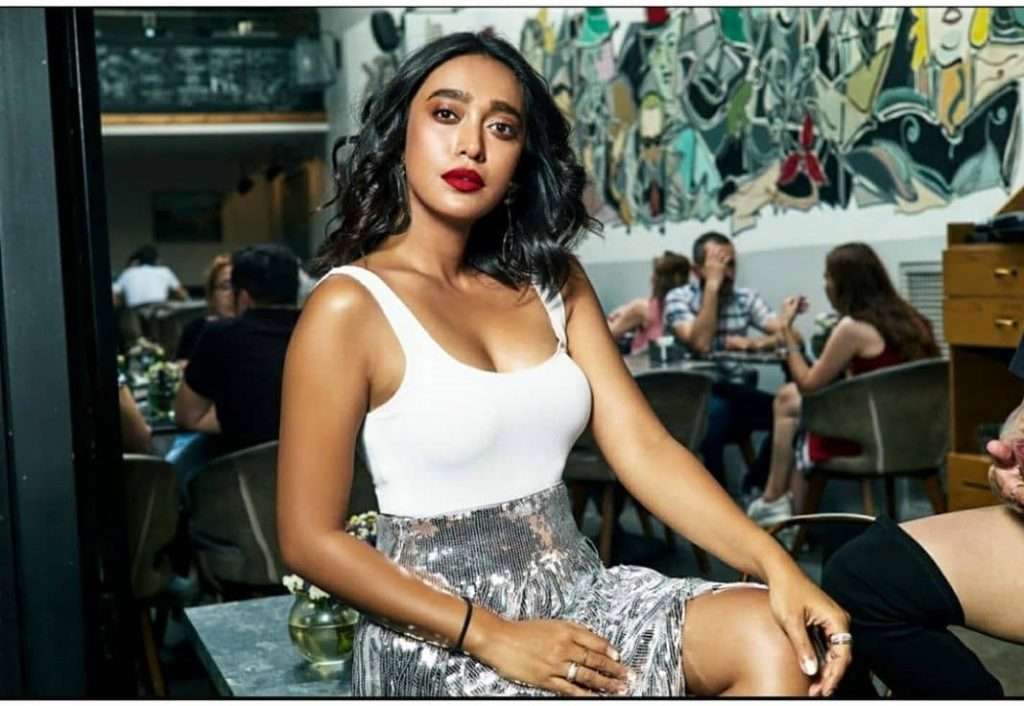 The gorgeous Damini Rizvi Roy brought to life by the actress Sayani Gupta was a visual treat. Her fashion and styling was in-sync with her portrayal of a passionate, driven, modern yet rooted woman. To give her an aura of subdued sexiness, Aastha Sharma put her in glamorous and edgy mini skirts throughout the season. Out of all her haute looks from the second season of Four More Shots Please!, we loved this the best. But this outfit also reminds us of Shilpa Shetty's animal print skirt set in the song Chura Ke Dil Mera and Rani Mukherjee's entry outfit in Kuch Kuch Hota Hai which saw her in an orange co-ord skirt set from the 90s. 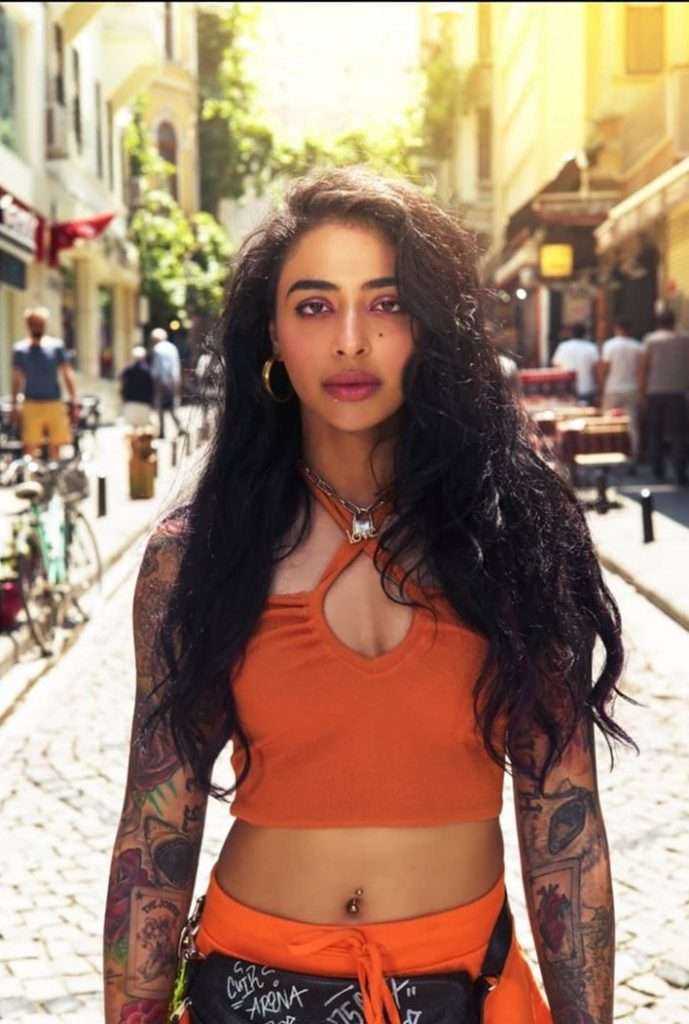 The crop tops had their major moment in the '90s when style was all about looking cute yet sexy. This answers why lots of actresses wore outfits that featured the crop tops. Sure, the crop tops we spotted then were way simpler as compared to its modern versions seen in the show. As much as we love the '90s, the modern spin on the crop tops certainly does look more fashionable. Our favourite look from the show is Bani's halter neck modern crop top look. 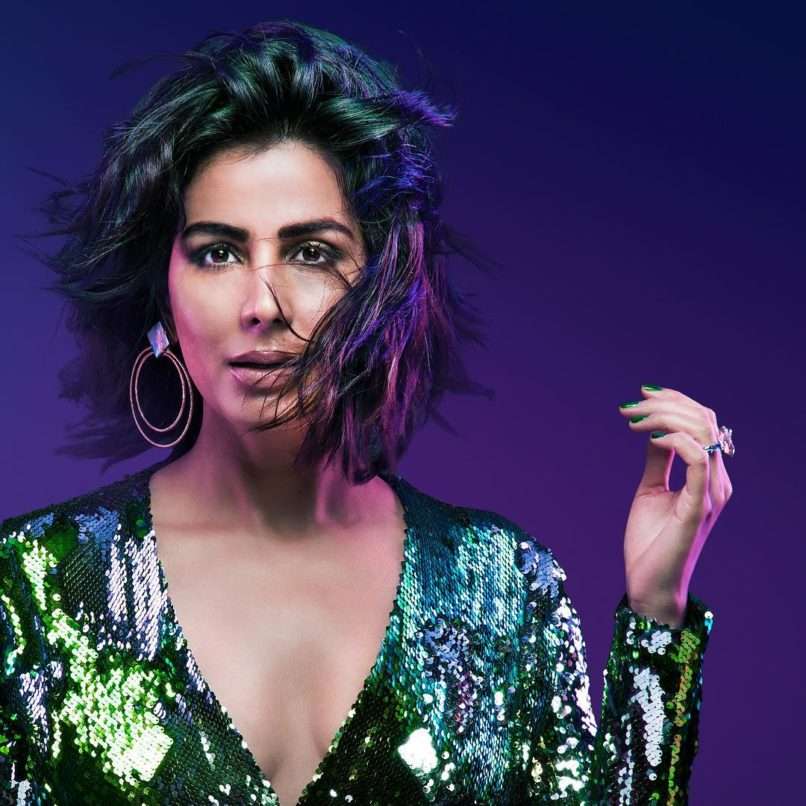 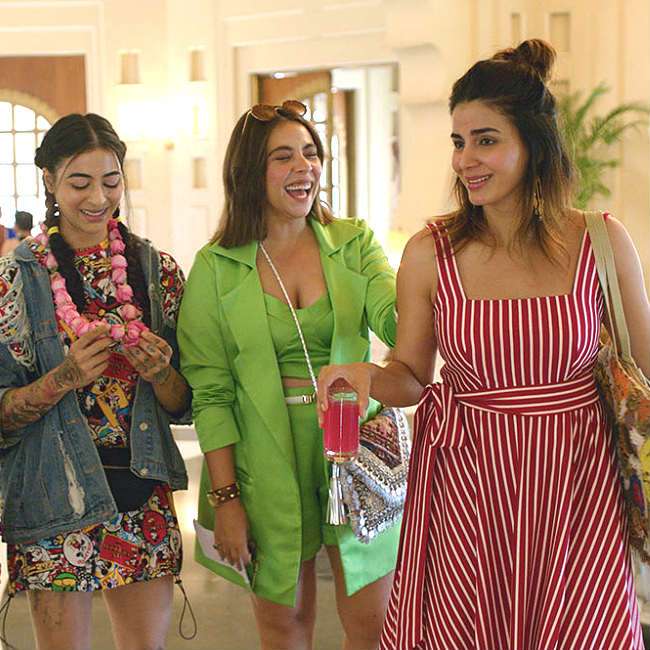 The layering trend is huge today and is definitely having its fashion moment. Throughout the season of Four More Shots Please! and even in the poster we see the cast acing the layering trend with their long coverups, blazers, and jackets. Whether it is Damini who is seen layering her formal clothes with long blazers or Siddhi who is sporting a translucent embroidered jacket even with her lehenga, we saw lots of this trend. However, layering is yet another phenomenon that defined the '90s. Even before the exact terminology came to be known to us, actresses back then were pairing their outfits with unbuttoned oversized shirts and colourful mini jackets. 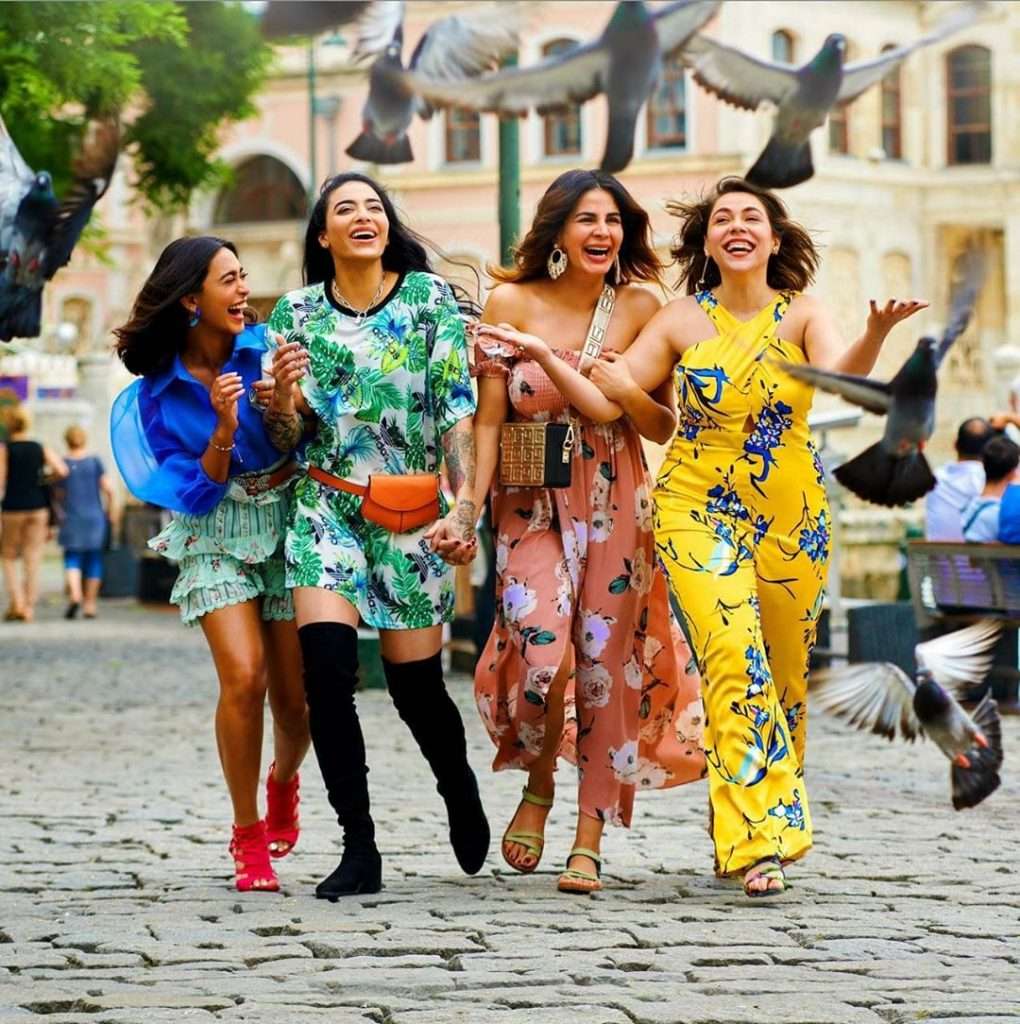 The second season of Four More Shots Please! which saw a girls' trip to Turkey not only fulfilled our wanderlust in these times but also had us bookmarking all the flowy floral printed dresses. From Siddhi's floral jumpsuit to Damini's solid top paired with a printed skirt to Anjana and Umang's dresses, the floral print dominated the screen throughout the series. While some may argue that florals are not exactly a '90s trend, because they have been around forever, printed western outfits were heavily worn in the 90s Bollywood.

How to Wear White to a Wedding feat. Janhvi Kapoor 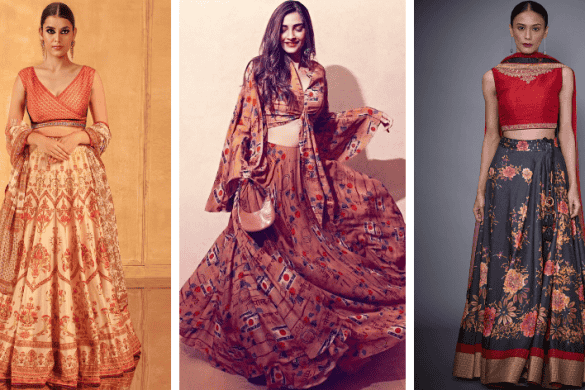 13 Lehengas Under 30k That You Simply Can’t Get Over 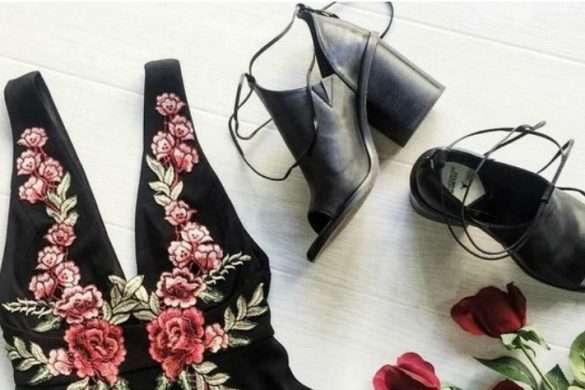 Have you met the coolest trend in town yet? 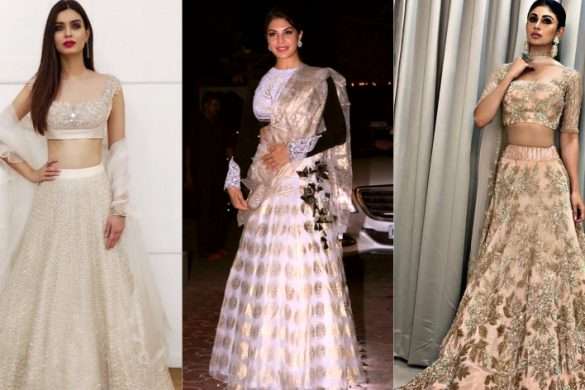 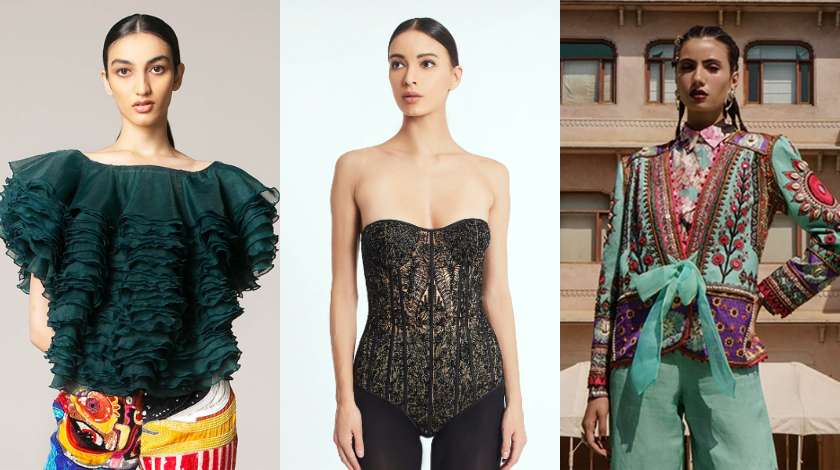 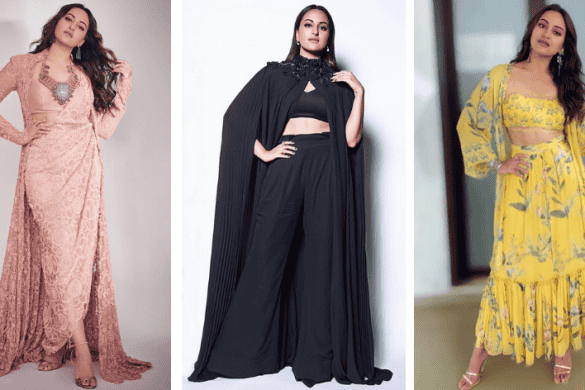 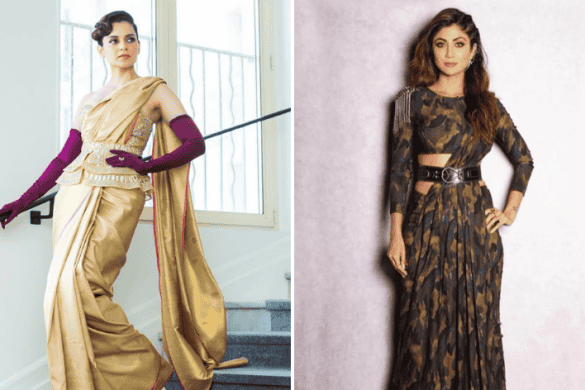 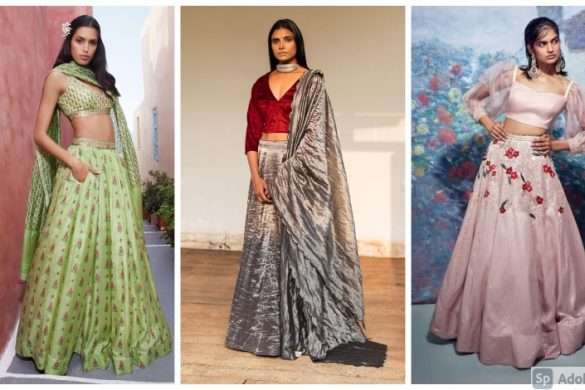 10 Lehengas for Your Last-Minute Diwali Shopping 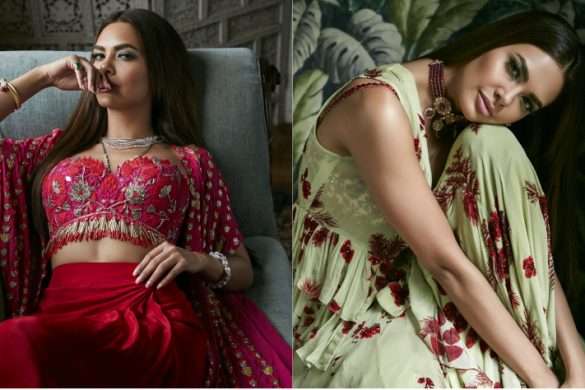 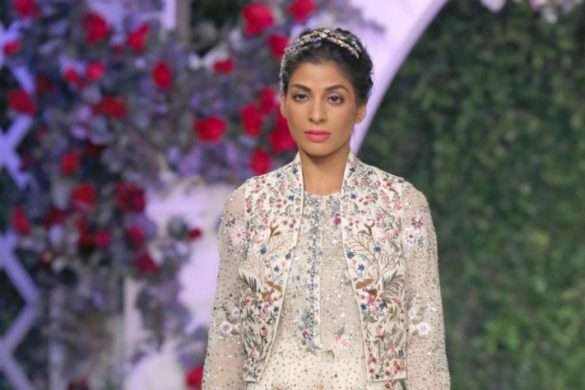 This Trend Proves That Less Is More